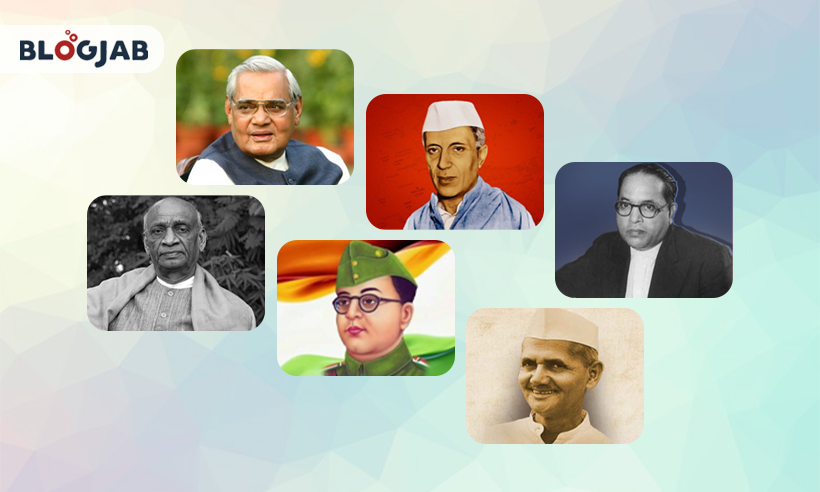 Politics is considered to be one of the riskiest professions not just in our country, but in the world in general. And if I say, Politicians, most of us would probably picture a corrupt, middle-aged man with at least 10 criminal cases filed against him.

As a matter of fact, most of them are what you think, but another fact is that diamonds are found in coal mines. There have been some Politicians, maybe one in hundreds, but they have proved time and again that the country needs a few more like them. In this article, we shall be discussing such politicians that have set examples before the country and led India into a better future.

One of the biggest scholars that India has seen, Pandit Nehru was the first prime minister of an independent India. He ruled a country that was in its most crucial and fragile state. He was a liberal, secular, and visionary leader. Pandit Nehru has also been a great orator and a philosopher. He once said, “It is science alone that can solve the problems of hunger and poverty, of insanitation and illiteracy, of superstition and deadening of custom and tradition, of vast resources running to waste, or a rich country inhabited by starving poor… Who indeed could afford to ignore science today? At every turn, we have to seek its aid… The future belongs to science and those who make friends with science.”

He was definitely, one of the most dynamic personalities that not just India, but the world cherishes in its memories. Atal Ji was one of the most liberal personalities India has ever seen and that too, belonging to the right-wing party (BJP). From being an unmatchable orator to being an influential poet, his talents and fields of expertise were diverse. During one of his speeches, he talked about elections and the accusations of them being a fraud. He said, “If the elections are a mere fraud, why are terrorists being trained and infiltrated into India at the command of the Inter-Services Intelligence Agency of Pakistan to kill election candidates and to intimidate voters?”

After Independence, India faced another challenge of being brought together as one nation, since it was divided into several big and small princely states. Sardar Vallabhbhai Patel was the man who convinced the rulers of these States into making India “a nation”. He was therefore called the iron man of India. He said, “Take to the path of dharma the path of truth and justice. Don’t misuse your valor. Remain united. March forward in all humility, but fully awake to the situation you face, demanding your rights and firmness.” Also, he was a believer of “work is worship” but truly understood the importance of laughter and recreation. Emphasising it, he asserted, “Work is undoubtedly worship but laughter is life. Anyone who takes life too seriously must prepare himself for a miserable existence. Anyone who greets joys and sorrows with equal facility can get the best of life.”

Subhash Chandra Bose was a member of the Indian National Congress and the founder of the Indian National Army. He was one of those leaders who believed in the power of the Indian army and revolted against the Britishers. His idea of patriotism influenced him to form the army. He asserted, “It is only based on undiluted Nationalism and of perfect justice and impartiality that the Indian Army of Liberation can be built up.” The then Prime minister of Britain, Clement Atlee accepted the fact that Bose was the main factor that drove the Britishers out of India. In one of his addresses to the nation, he said, “We should have but one desire today – the desire to die so that India may live – the desire to face a martyr’s death, so that the path to freedom may be paved with the martyr’s blood.”

The father of India’s constitution, Bhimrao Ambedkar was also a social reformer. Apart from bringing justice to the lower castes in India, he also worked for the welfare of women and their rights. He was a firm believer in the power of knowledge and education and proved to the world how it could change lives. Emphasizing it, he said, “Cultivation of mind should be the ultimate aim of human existence.” He believed in democracy and expressing his belief, he said, “Democracy is not merely a form of government. It is primarily a mode of associated living, of conjoint communicated experience. It is essentially an attitude of respect and reverence towards fellow men.” He added, “Political democracy cannot last unless there lies at the base of it social democracy. What does social democracy mean? It means a way of life which recognizes liberty, equality, and fraternity as the principles of life.” One of the most important teachings of B.R. Ambedkar was, “However good a Constitution may be if those who are implementing it are not good, it will prove to be bad. However bad a Constitution may be, if those implementing it are good, it will prove to be good.”

He was a man of valor. After Jawaharlal Nehru, the responsibility of owning the Prime minister’s position was a difficult path to enroute. Lal Bahadur Shastri did it with utmost dignity and determination. He worked great for the farmers and gave the slogan, “Jai Jawan Jai Kisan”. He believed in the diversity of India and yet its unity. He said, “The unique thing about our country is that we have Hindus, Muslims, Christians, Sikhs, Parsis, and people of all other religions. We have temples and mosques, gurdwaras, and churches. But we do not bring all this into politics… This is the difference between India and Pakistan.” He was someone who considered every section of society and made their existence feel important. He explained why India should address its primary problems and solve them before we compete with other countries in being a “superpower”. He said, “We cannot afford to spend millions and millions over nuclear arms when there is poverty and unemployment all around us.”

5 ideas of Bollywood, we no more want to buy into!

Sat Apr 24 , 2021
Bollywood, an industry that reflects our society as well as influences it. The more you think about it, the more you shall agree. It has been evolving and there are several movies to prove it. With “The Dirty Picture” we proved that we were ready to watch a woman be […] 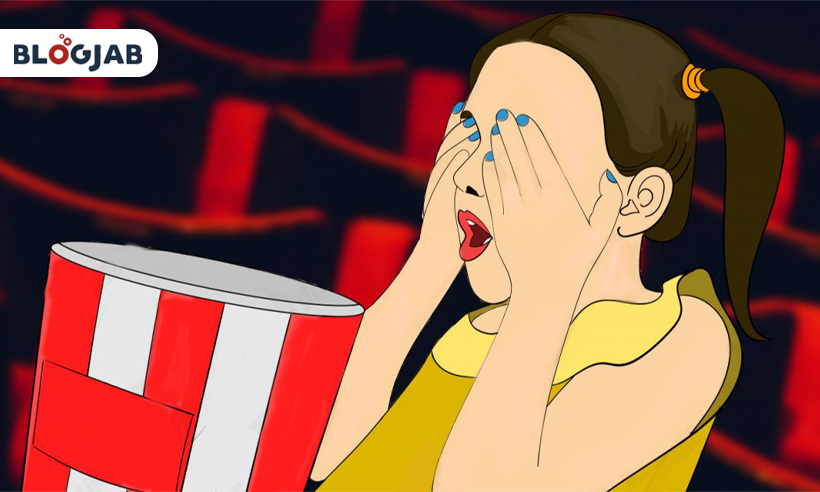