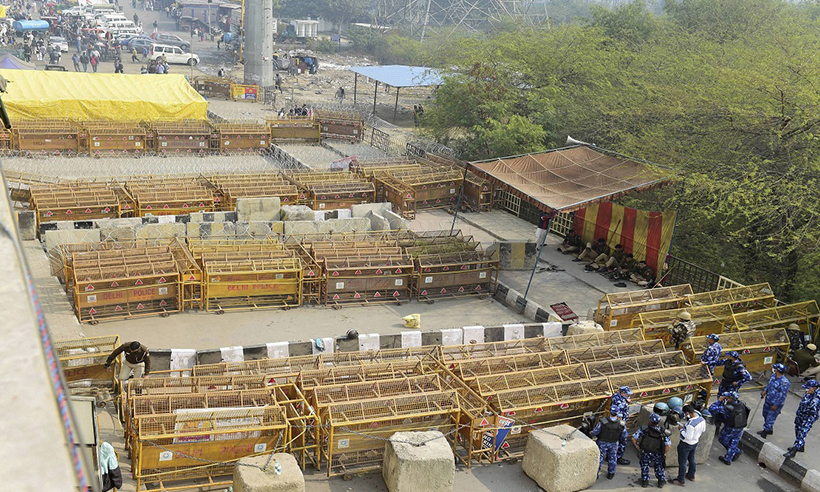 Even after the farmers protest against the government that took the worst turn on 71st Republic day of India, farmers are nor yet ready to give up on the protest. The leaders of the farmer union have announced a ‘chakka jam’ in a conference at Singhu border which will take place in Singhu border, Ghazipur border and in Tikri on 6th February. The reason of the chakka jam on 6 February is because first the three farm bills, second protestors alleged that they have been ignored in the Union Budget of 2021-22, third the mobile toilet blocks which were used by the protesters have been removed by the police and fourth, because of the restrictions on water and power supply. Other reasons for that spark include the Samyukta Kisan Morcha which acts as the umbrella for the protest alleging that twitter accounts that speak bluntly against the Government have been restricted like ‘kisan ekta morcha’ and ‘Tractor2Twitter’. The internet services have been banned at the protest places.

Police is all set

On the republic day many of the protesters broke the barricades of the Singhu and Ghazipur border so keeping it in mind, police planned a three-layer security. Delhi Police have taken major steps to stop farmers from crossing the border.

This has been the worst nightmare for people who commute through the way daily because now it takes almost twice the time it would take before. The situation at the protest sites is like that of the border area. Farmers are supposed to cross all these barriers, barricades and wires to use the washroom and why, because they want to repeal black farm laws. The Government of Toronto, Canada has given permission to the local Indians to protest and raise their voices in support of the farmers in India, but the situation is completely opposite in their home nation.

International attention to farmers’ protest against the Government of India

Wed Feb 3 , 2021
One of the biggest protests that India has ever experienced is now getting responses internationally. Pop star Rihanna tweeted on 2 February typing, “Why aren’t we talking about this?  #FarmersProtest” which got the attention of 100 million followers that she has on twitter, posting a picture of farmers’ rally.    […] 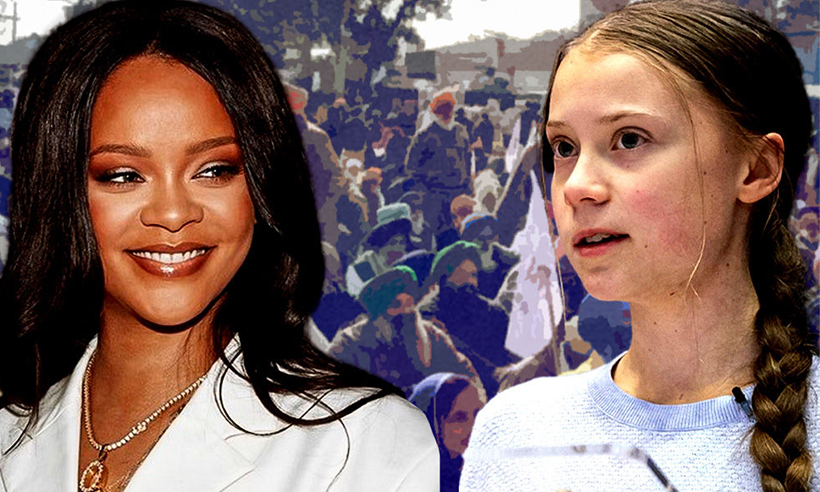