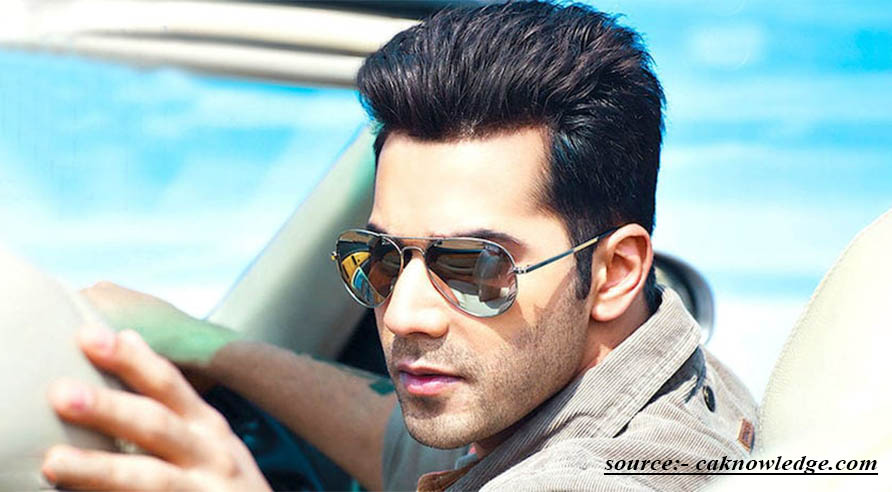 An actor who was criticized for his acting skills in his very first movie has come far enough to mark his territory with the string of superhits he has delivered in less than a decade. We are talking about none other than Varun Dhawan, the man who has the potential to carry off a movie on his shoulders. He is preferably known as the actor of masses. His movies haven’t just won the hearts of the masses but the critics as well. With his movies like October and Badlapur, he proved that he had the potential to play roles that could win over critics and the masses altogether.

Varun Dhawan was born on 24 April 1987, in Mumbai, Maharashtra, India, to renowned filmmaker David Dhawan and his wife Karuna Dhawan. Varun also has an elder brother named Rohit Dhawan, who is a filmmaker by profession and has Directed movies like Desi Boys and Dishoom. Varun was sent to the H.R. College of Commerce and Economics. To complete his higher secondary education, post which he went to the United Kingdom and pursued a degree in Business Management from Nottingham Trent University, United Kingdom.

As a child, Varun was always interested in sports and dance. He was a healthy kid but an entertaining one. He would accompany his father to the sets of his movies and watch people perform in front of the cameras. His interest in the performing arts drew him towards the profession more and more. However, before he debuted in Bollywood, he made sure that he had his education completed.

Varun is very close to his family, especially his mother and brother. He calls his parents and his brother, the pillars of his life. Varun also worked as an AD (Assistant Director) for several famous directors, before he debuted as an actor, to understand the technicalities and science that goes into making a movie. Varun’s Dancing skills have him resemble the legendary actor Govinda. Varun is also a big fan of Govinda and aspires to be an actor as good as him. 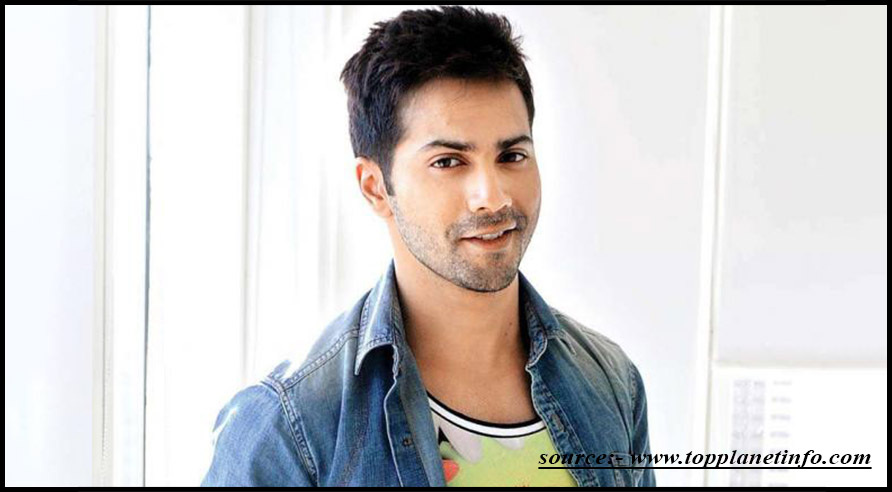 Varun Dhawan’s personal life has been quite simple, unlike most other stars of his generation. After he debuted alongside Alia Bhatt and Siddharth Malhotra, he was constantly linked to his co-star Alia. However, very soon the tables turned and Alia’s romance with Siddharth Malhotra became the hot topic of all Bollywood parties.

As a teenager, Varun Dhawan was also great friends with actress Shraddha Kapoor, since both their fathers worked together in several movies. In an interview, Varun and Shraddha even claimed that they were once mutually attracted to each other. However, since they were too young, the story did not unfold any further.

Varun Dhawan talked about his wife, Natasha Dalal in an interview and said that the first time he saw her walk across the corridor, he was in love with her. He called it to love at first sight. Varun and Natasha dated for a long time and were childhood sweethearts. However, Varun never really opened about his relationship to the media, before his marriage and preferred maintaining privacy. Finally, in 2021, they tied a knot and made their relationship official before the world. Natasha Dalal is a fashion designer by profession and also a family friend of the Dhawan’s.

Who does not remember Varun Dhawan’s dreamy Bollywood debut with Karan Johar‘s super hit venture Student of the year? He debuted alongside Alia Bhatt and Siddharth Malhotra. The movie revolves around three college students who struggle with family, friendship, and love. They strive against each other to win the student of the year trophy and prove their potential to their respective families.

After Student of the year, Varun played the protagonist ‘Seenu’ in ‘Main Tera Hero‘. The movie was a hit but failed to impress the critics. After ‘Main Tera Hero’, Dhawan did a movie named Humpty Sharma ki Dulhania, opposite Alia Bhatt. The movie was a love story and a superhit. Dhawan’s fourth movie surprised everyone, from the critics to his fans and even members of the film fraternity. His fourth movie was Badlapur, opposite Yami Gautam, which was a crime thriller and exposed Dhawan’s exceptional acting skills before the world.

Since then, he has done several movies like Badrinath ki Dulhania, ABCD 2, Dilwale, Dishoom, Judwaa 2, Sui Dhaga, Nawabzaade, October, etc. Sui Dhaga and October weren’t able to set new records at the box office but they definitely added stars to Dhawan’s discography by impressing the critics.

Varun Dhawan is 34 years old. He is 1.80 meters tall and weighs 75 kgs. He has a tall stature and a muscular physique. He is also known to have a flexible body due to his involvement in dance. The actor has a fair complexion and black hair. The color of his eyes is also black.

Varun Dhawan’s Net worth is $50 Million. His movies like Badrinath ki Dulhania, Humpty Sharma ki Dulhania, Main Tera Hero’, Judwaa 2, Cookie no. 1, etc, have earned great profit at the box office and Dhawan has been titled as the hero of the masses. He has been included in the list of actors whose movies have grossed exceptionally well at the box office.

Varun Dhawan was born on 24 April 1987 in Mumbai, Maharashtra, to David Dhawan and Karuna Dhawan. He completed his schooling at H.R. College of Commerce and Economics after which he was sent to Nottingham Trent University in the United Kingdom.

Dhawan debuted in Bollywood with Student of the year, a Karan Johar directorial venture. He has done several successful movies like Humpty Sharma ki dulhania, Badrinath ki Dulhania, Sui Dhaga, Main Tera Hero’, Dishoom, Kalank, etc. In 2021, he tied a knot with the love of his life, Natasha Dalal.

See also  How Much is Jim Parsons' Net Worth?

Fri Jul 30 , 2021
Technology and innovation in the gaming sector is a tricky game. Landing upon a gold mine is not always guaranteed. However, one sporting game that has benefited from an improvement in technology is golf. Golf simulators have allowed people to undergo a true-to-life golfing experience. For years people had to […] 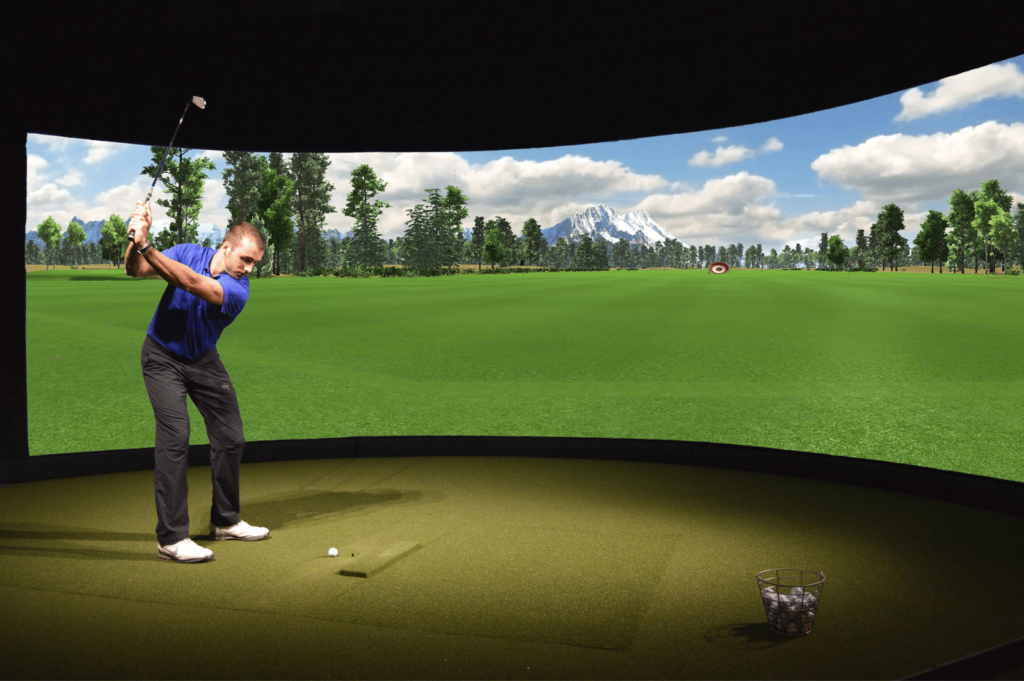