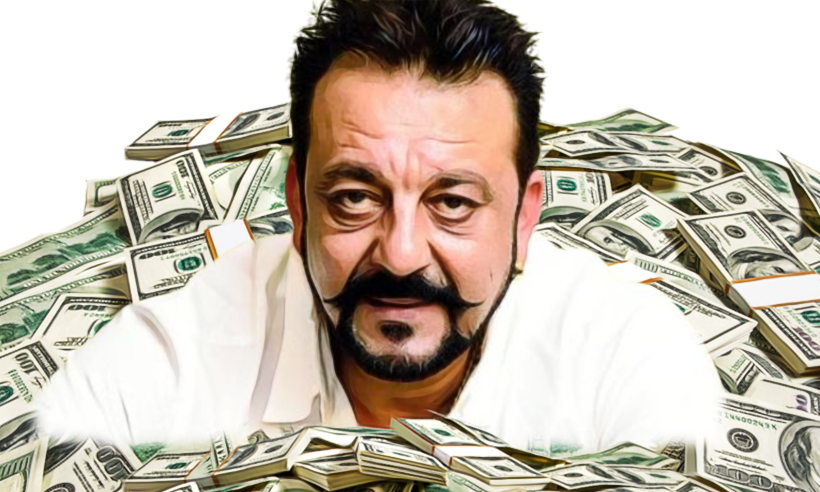 Indian cinema has been an industry with numerous talented actors and actresses. For decades we see new faces in Bollywood and become fans of them. But some actors have still maintained their worth in the industry for long decades and there is still no drop in their fan following. We have been watching their movies since the 90s till today. Coming to the main point, one such actor who is known for his special acting talent and portrayal of actors be it comic, protagonist, or antagonist characters has nailed it well.

He needs no special introduction and is popularly called Sanju baba by his fans. Now you know to whom I am pointing. Yes, I am talking about Sanjay Dutt. Not only is he an actor but also a producer. He has been in the industry since the 1981s and is still a perfect entertainer. Sanjay has a long career span in Bollywood. One of the biggest stars of Indian cinema has faced a crucial phase in his life following his maximum tenure in jail for keeping armed weapons. And it all happened after his film Khalnayak directed by Subhash Ghai. But time heals everything, and Sanjay is back to films now.

You must be knowing Sanjay as an actor and might be a die-hard fan of his. But are you aware of his early life, personal, career, and net worth? You might not be knowing much about it. So join me in this article to know all about it briefly.

Sanjay Dutt was born as Sanjay Balraj Dutt to veteran actor Sunil Dutt and Nargis on 29th July 1959, in Mumbai, India. He is the eldest son of his family and has two younger sisters Priya Dutt and Namrata Dutt.

If I ask you which is the debut film of Sanjay Dutt, then what will be your answer? Most will say, Rocky. But let me correct you, it is not. The actor has experienced acting as a child artist in the film Reshma and Shera as a qawali singer in 1972. The film starred his father Sunil Dutt. When he became a young handsome boy, he made his presence with Rocky.

But a sad part was that during the premiere of his debut film, his mother Nargis passed away. He was very close to his mother. After her death, Sanjay got into drugs. The major setback in his career came with his involvement in the 1993 serial bombings. It came after his movie Khalnayak.

Talking about his career in films, Sanjay has never stuck to doing protagonist roles. He has excelled in doing negative roles like in Agneepath with Hrithik Roshan, Adheera in KGF 2, and Shamshera with Ranbir Kapoor. Let’s have a look at some of his top-rated films below:

The film Sanju was a film about the life of Sanjay Dutt. The role was played by actor Ranbir Kapoor. It was directed by Rajkumar Hirani.

How Much Is The Net Worth Of Sanjay Dutt

As of August 2022, $35 million is the estimated net worth of Bollywood actor Sanjay Dutt. He has earned his fortune from his long span of an acting career. He is one of the highest-paid actors in the Indian film industry. Sanjay is known for donating part of his income to poor children. He also advises youngsters to stay away from drugs.

Sam Trabucco Steps Down as Co-CEO of Alameda Call

Thu Aug 25 , 2022
Sam Trabucco, co-chief executive officer at Alameda Research, announced his resignation from his position on Twitter. Trabucco will continue to serve as a non-executive advisor.  It’s with the same goal that I’m announcing today that I am stepping down as co-CEO of Alameda Research — @carolinecapital will continue on as […]