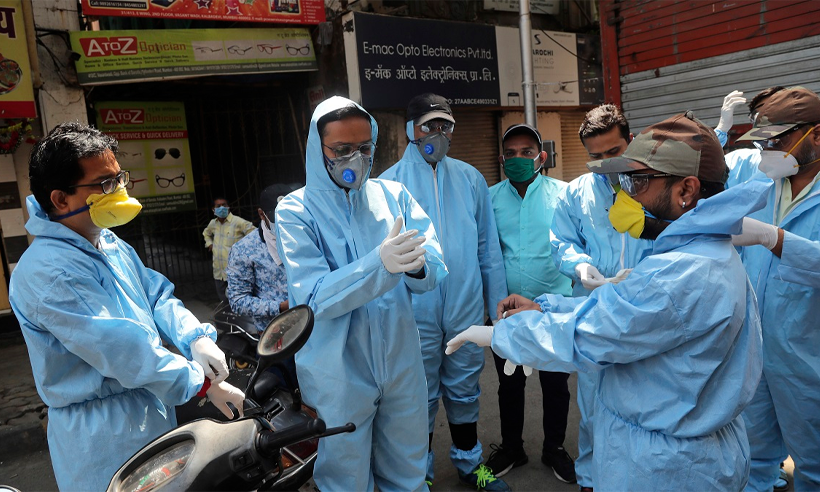 After the first wave of the coronavirus left the country’s medical infrastructure in shatters and exposed its fragility, it was being expected that the second wave might not be able to cause as much damage as the first wave, since as a country we shall be better prepared for it.

When the second wave of the novel coronavirus arrived, our country was in worse shatters than the first time. The availability of oxygen wasn’t improved, neither was the availability of beds. The large scale and rapid production of vaccines did help massively, to get a hold of the surging cases in the country of covid-19.

How do we identify a wave? 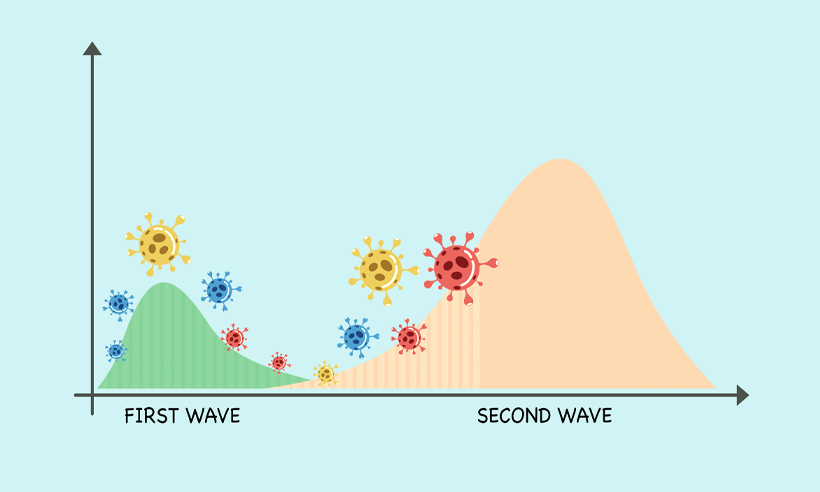 When the number of cases reported in a country on a given day is plotted against time, there is a curve obtained. When there is a subsequent rise in this curve and then a fall in it. This entire rise and fall of the curve in the graph is called a wave.

Will there be a third wave?

If we look closely, the third wave seems to have already arrived in several parts of the country. There have been some cases diagnosed with the latest strain of the virus in Kerala, Karnataka, parts of states like Madhya Pradesh, etc.

K Vijay Raghavan, the Principal Scientific Advisor made a statement recently and called the third wave to be inevitable. He ensured that the third wave was sure to arrive in India. Although, during which months it would arrive, he wasn’t sure.

Several other boards have also issued statements warning people about the third wave and its severity and have asked people to take precautions before cases escalate. There has already been a significant rise noticed in the number of cases of the new strain of the virus, in various parts of the country.

When shall the third wave arrive in India?

According to our resources, it is being suggested that the third wave of coronavirus shall arrive in India by October. Some even suggest that towards the end of October, the third wave shall see its peak. Also, by December we shall see a downfall in these cases. However, if we look closely, there is already a rise in the cases of the new strain of the covid-19 virus and hence the arrivals of the third wave can be assumed to have been made in several parts of the country. Especially in the southern states, the numbers have escalated too soon, hinting towards the biggest storm to come.

Cases due to the new strain of the covid-19 virus have been surfacing for several months now. Initially, it was being expected that the third wave of corona (caused by the new strain) would arrive in September and see its end by December. September has already arrived and people don’t seem to be taking it very seriously. Experts haven’t yet called it the rise of the third wave and a major part of our population isn’t taking too many precautions.

Most centers of recreation, gyms, restaurants, etc are receiving customers in large numbers and the government has decided to bring the students back to school. All of this does paint a picture that the third wave might be a facade and deters people from taking it seriously.

What should one do to protect themselves? 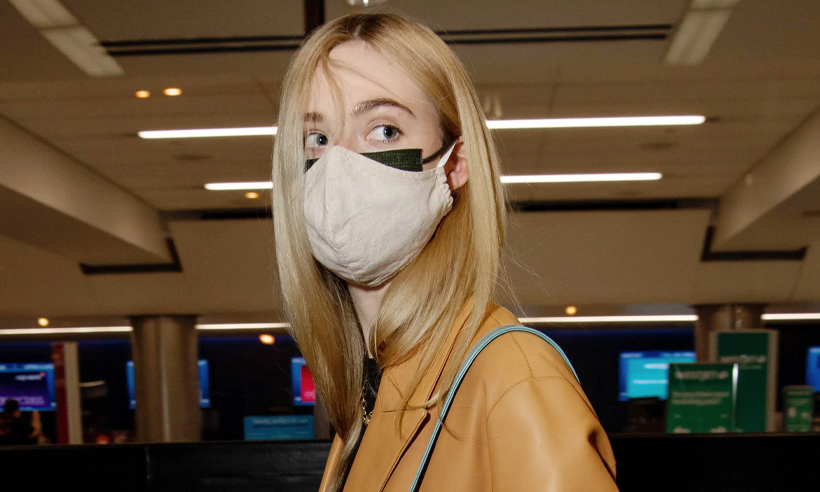 The cases that have been observed to be suffering from the new strain of the virus were much more complicated than the cases due to the previous strains. There have been several cases reported in which patients who were vaccinated with both doses of the vaccine against coronavirus, also suffered the infection. Although, the complications seen in them were significantly lesser than the others.

The health ministry has advised people to not go out of their homes if there isn’t a need to. Several leading MNCs have also prolonged the work from home option for their employees, in light of the third wave. Since the new strain is stronger, one needs to be more cautious and take strict measures to protect themselves against the virus.

A report by WHO suggested that the third wave of the novel coronavirus shall hit India by September. The new strain is stronger than the old ones and therefore its effect on human beings shall be stronger than ever. There have already been several cases of coronavirus infection due to the new strain, reported across the country, especially in the southern states.

To understand better, a wave is a curve obtained when the number of cases is plotted against time on a graph. When there is a rapid increase in the cases followed by attaining a peak and then reducing gradually, a curve is obtained on the graph. This curve represents a wave.

Some experts believe that India shall receive the third wave of coronavirus in September, its peak in October and by December, the third wave shall leave the country. The government has been advised to be prepared beforehand, with its health infrastructure for the surge in cases.

To protect themselves against the new strain of virus, one should make sure that they take all the measures suggested by the health ministry of the country. They should avoid getting out of their homes if it isn’t necessary and whenever they do, they must wear two masks.

See also  What Is Spinal Cord Injury And Who Are Spine Specialist?

Fri Sep 10 , 2021
When you are about to invest a lot of money somewhere in the form of a mortgage. Then you must not do it without the help of an expert. Simply to speak Specialist mortgage advisor will help you complete the whole mortgage process easier. If you are new to the […] 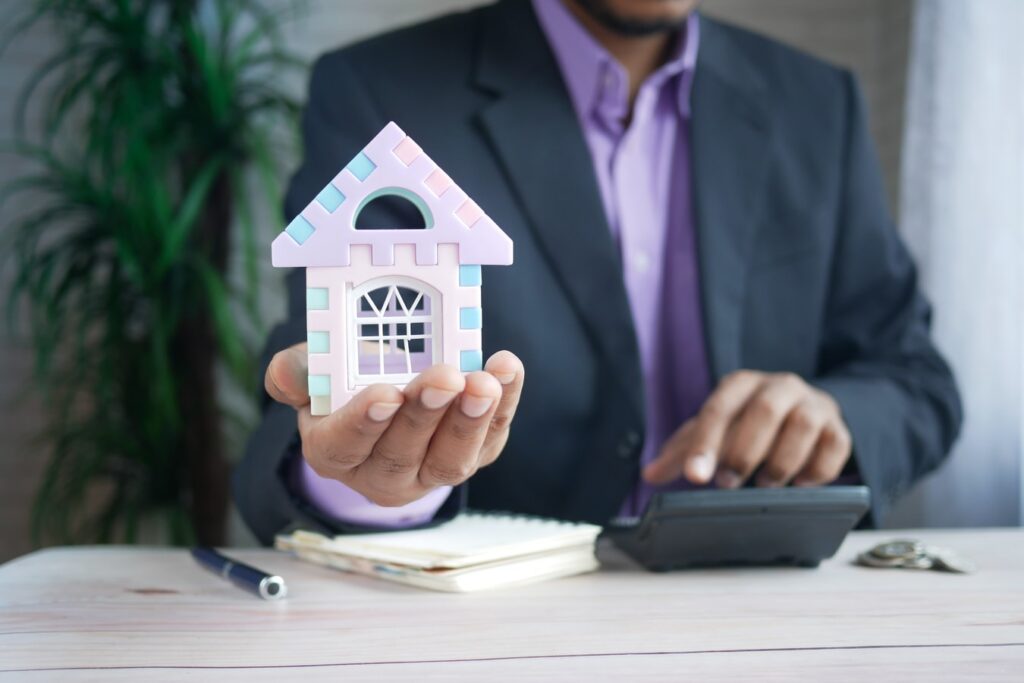