Now as artificial intelligence becomes more and more advanced, humanity will either progress on a magnanimous scale or it will move towards it’s deterioration.

The path, which humanity will walk on, will be completely dependent on how it handles and controls the “advancement in A.I”.

Latest Happenings In The Field Of A.I

In today’s world, scientists are experimenting with a technology known as “Nanobots”. It is said that these bots can go inside the human body, where a surgeon cannot operate.

So the benefits of such a technology may result in complete and curable treatment of cancer.

Other kinds of advancement in A.I include, the more and more sophisticated machinery being used in the manufacturing sector. On one hand, this AI-oriented advanced manufacturing machinery is allowing companies to operate more efficiently, but on the other hand, it’s eating up jobs.

Humans are yet to understand and utilize the full potential of A.I. It is something that if utilized properly can bring forth a new era of advancement for human civilization.

Effects Of A.I on Human LifeStyle

Now due to more and more advancement in A.I, we are seeing that it is having a drastic effect on the human lifestyle.

Let’s take “Smartphones” for example: It is a miraculous product, which is possible, because of advancement in A.I.

Now humans can talk to each other, even when they are miles away.

And more and more advanced A.I tech products have started to come out in the market.

But there is more to the story.

Let’s understand this with the help of A.I oriented cars, which can have an auto-driving mode. The prime example of this scenario is “Tesla”. It’s cars are completely A.I oriented.

Now on paper it’s “Auto-driving” mode seems like a good idea but in reality, it can cause chaos and harm. And the same happened recently in Texas, U.S.

As two men set their Tesla on “Auto- Driving Mode”. But the car crashed into the tree, and those men died on the spot.

Now, this is scary, to say the least. But this incident also tells us that, not every kind of advancement in A.I, will work in the favour of humanity.

As recently Google was experimenting with a “Digital Tattoo”. Now this kind of tattoo, when placed on the skin can allow you to operate your electronic devices, with a touch on your skin.

This is a breakthrough in the field of artificial intelligence-oriented tech.

When this kind of technology becomes perfected and is actually released for consumers in the market. Then it will make the lives of humans easier and easier. But as the famous saying goes “There are two sides of every coin”.

So now the question which arises is that “If advancement in A.I keep progressing at such an advanced rate, then at what point will it completely overtake every aspect of human lives?

Is A.I, Detrimental To Human Lifestyle?

Artificial intelligence has so far acted as a beneficiary for the human race. But it’s not completely free of errors or redundancies.

Humanity has to make sure that any and all kinds of advancements in the field of A.I, only act for the betterment of the former.

As each day artificial intelligence keeps walking on the upward path of progress, it will continue to make changes in the lives of humans.

Now whether these changes are good or bad, will be entirely dependent on how we allow these advancements in the field of artificial intelligence to impact us.

With each progressive advancement in the field of A.I, humanity will either move one step closer towards becoming a more advanced civilization or will move towards it’s deterioration.

How A.I will Change The Workings Of The World In The Future?

Every day, researchers are doing more and more research work on artificial intelligence, to make it a beneficial factor for the human lifestyle.

The researchers are using all available data, to train machines, so that they can learn about what we like and what we don’t.

The recent advancement in A.I has given it the potential to save more and more human lives.

For example: Now we have health watches, which consistently measures the heartbeats of a human and it immediately sends a distress signal to the emergency contacts, in case the heartbeats of the watch owner, either begins to slow down a lot or when his heartbeat becomes a lot faster.

Now when you are surfing any shopping application, it automatically shows you certain products, based on your previous searches/ orders on the app.

This form of advancement in A.I, results in the complete and accurate prediction of your shopping behaviour.

Now CCTV cameras are everywhere and so they keep a track record of every activity of the citizens of a particular country.

But the A.I oriented face recognition software also helps in the capturing of criminals. As of now, their faces can instantly be cross-referenced with footage from CCTVs.

This provides safety and security to law-abiding citizens.

Advancement in A.I has come a long way. It is having both positive and negative impacts on every aspect of human lives.

But it’s up to humans only to decide, that up to which extent, they want artificial intelligence to play a role in their lives/impact their lives.

Excited about Friends' Reunion! Here are 7 Facts to know about the Sitcom

Sat May 22 , 2021
The Friends reunion is around the corner and it is no less than a festival for those who’ve loved the sitcom forever. A sitcom that premiered in 1994 and ran for 10 successive years, is ranked first in the list of most classic and the most loved shows in the […] 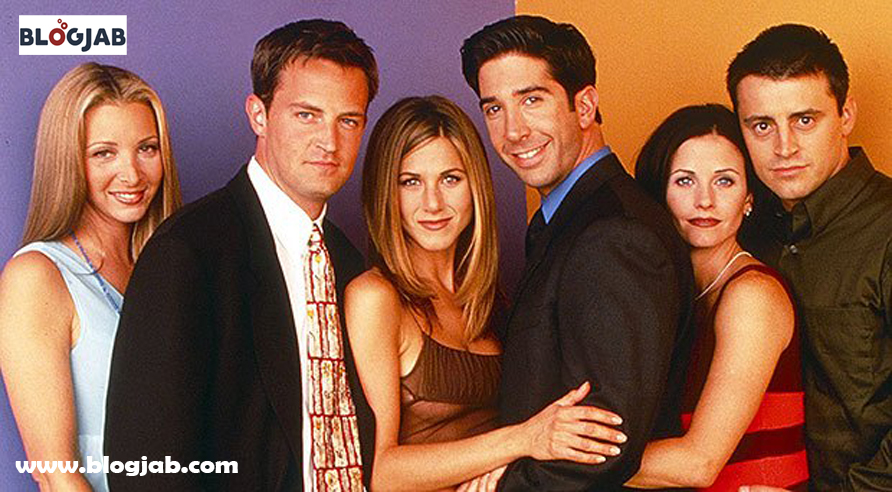